Whether you’re on the road or still in your own driveway, realizing your car battery is dead is always an inconvenience. The risk of finding yourself with a dead battery is higher in the winter, since the cold temperatures can be very harsh on your vehicle.

If you end up with a dead battery, whatever the season, follow these tips to safely recharge it.

What Causes a Dead Battery?

Many things can lead to a dead battery, including the following:

Many of these causes can be avoided, especially with proper maintenance. But a dead battery isn’t always preventable. Thankfully, unless it’s severely damaged, it’s easy to get your battery up and running again.

The first thing you need to do is inspect the physical appearance of your battery for signs of damage. Always wear gloves when doing this.

If you notice any cracks or leaking battery acid, do not attempt to recharge it. If you see some corrosion but the rest of the dead car battery looks okay, start by cleaning it with battery cleaner and a battery terminal brush. Once the battery is cleaned off and its cables are secured, you can jump-start your vehicle. 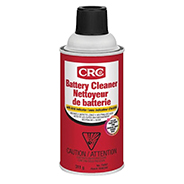 How to Jump-Start Your Car

Before you can recharge your dead car battery, you need to jump-start it. Follow these steps:

What Condition Is It In?

After jump-starting your vehicle, determine how dead the battery is before you try to fully recharge it. You can do this with a voltmeter or multimeter.

A healthy battery should read between 12.4 and 12.7 volts. Your battery’s voltage will determine how you should charge it after jump-starting your vehicle.

If your battery is between 12 and 12.4 volts, you can recharge it using your vehicle’s alternator. Simply drive around while using as little electricity as possible. That means no stereo, no lights (don’t do this at night), and no heating or A/C. Conserving electricity this way will send as much energy as possible directly to the battery.

Avoid idling when using this charging method. After a 30-minute drive, your battery should be sufficiently charged for next time you start up.

If the battery reads below 12 volts, it’s considered “discharged.” Driving around can’t revive a battery below 12 volts, and attempting to do so might damage the alternator.

Instead, connect the battery to a jump starter or battery charger either before or right after doing a jump-start. 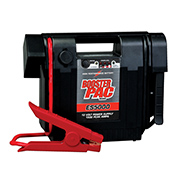 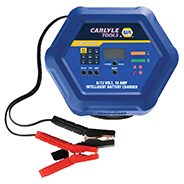 With proper care, most car batteries last four to five years. Be aware of the symptoms of a failing battery. When it’s time for a new one, follow this guide on how to replace your battery.

For more information about recharging a dead battery, visit your local NAPA Auto Parts store to speak with an expert.

How to Boost a Car Battery